The Rasheed Razvi Centre for Constitutional and Human Rights (RCCHR) is thrilled to be organizing its first flagship conference titled: “Law, Judicial Interventions and Social Change, with a special focus on Labor Law”, was held in Karachi, Pakistan, on the weekend of 21st and 22nd September 2019.

The fundamental purpose of this conference is to facilitate engagement and collaboration amongst leaders and pioneers in social justice work, and to make that interaction publicly accessible. We look forward to curating dynamic debates and collaborative exchanges between Public Interest Litigators, Academics, Political Workers, Activists and Members of the Judiciary who have adjudicated upon landmark public interest litigations.

Attached below is the schedule for the Conference:
Conference Schedule


Encouraging women, making it comfortable for them to work here, there are more than 50% employees, no pay gap, female named partner, paid maternity leave and other infrastructure for female employees facilities.

Faisal Siddiqi has been at the forefront for the enforcement of the constitutional and human rights of the people of Pakistan. Mr. Siddiqi also sits on the Board of Directors for the Pakistan Institute of Labour Education and Research (PILER). In collaboration with PILER, and Mr. Rasheed A. Razvi, Mr. Siddiqi has taken the lead in setting up the Rasheed Razvi Centre for Constitutional and Human Rights (RCCHR).

RCCHR is primarily a litigation-based initiative. The main purposes of the Rasheed Razvi Centre for Constitutional and Human Rights are three fold. Firstly, seeking enforcement of such rights on a macro level, or for a large group of people, by filing Public Interest Petitions and cases before the High Courts and Supreme Court of Pakistan on various civil society issues including labour issues. Secondly, by providing legal aid services to various individuals and organizations. Thirdly, by spreading literacy about constitutional and human rights by various publications and public events.

It has used a four-pronged approach in its work for the enforcement of rights. Firstly, by filing public interest petitions before the High Courts and Supreme Court of Pakistan on various civil society issues including labour, criminal justice, environment and socio-economic rights' issues. Secondly, by engaging in lobbying and consultancy for various draft legislations and policy initiatives. Thirdly, by providing legal aid services to various victims especially from the labour community. And fourthly, by creating literacy and awareness on these issues through public events and academic engagements. It is through this remedy of Public Interest Litigation that RCCHR has been able to seek the enforcement of constitutional and human rights on a macro scale, or for a large group of people e.g. compensation and justice for the Baldia Factory Fire victims, Right to Education for the people of Sindh, Right to Electricity for the people of Karachi etc.

Mr. Rasheed A. Razvi is a prominent figure in the fight for constitutional and human rights in Pakistan against military dictators. It is Mr. Rasheed A. Razvi's specific contribution for the poor and powerless by providing pro bono legal services and his contribution towards civil society issues especially labour issues through his involvement with PILER which needs recognition, hence the name of the Centre.

The Legal Aid Foundation for Victims of Rape and Sexual Assault (LRSA) is a not for profit organization registered as a Trust. The Legal Aid Foundation provides legal aid, legal advice and all requisite legal services to victims of rape and sexual assault. Mr. Faisal Siddiqi, one of the founding members of the Trust along with a dedicated team of lawyers has been involved in rape and sexual assault litigation for the past 11 years. The foundation's work spans high-profile and high-risk litigation such as the Kainat Soomro Case and including cases for acid attack victims.

The Trust was established in order to institutionalize and widen our practice so that our services are widely available to the most vulnerable and disempowered segments of the society, especially women and juveniles.

Legal Aid Foundation for Victims of Rape and Sexual Assault 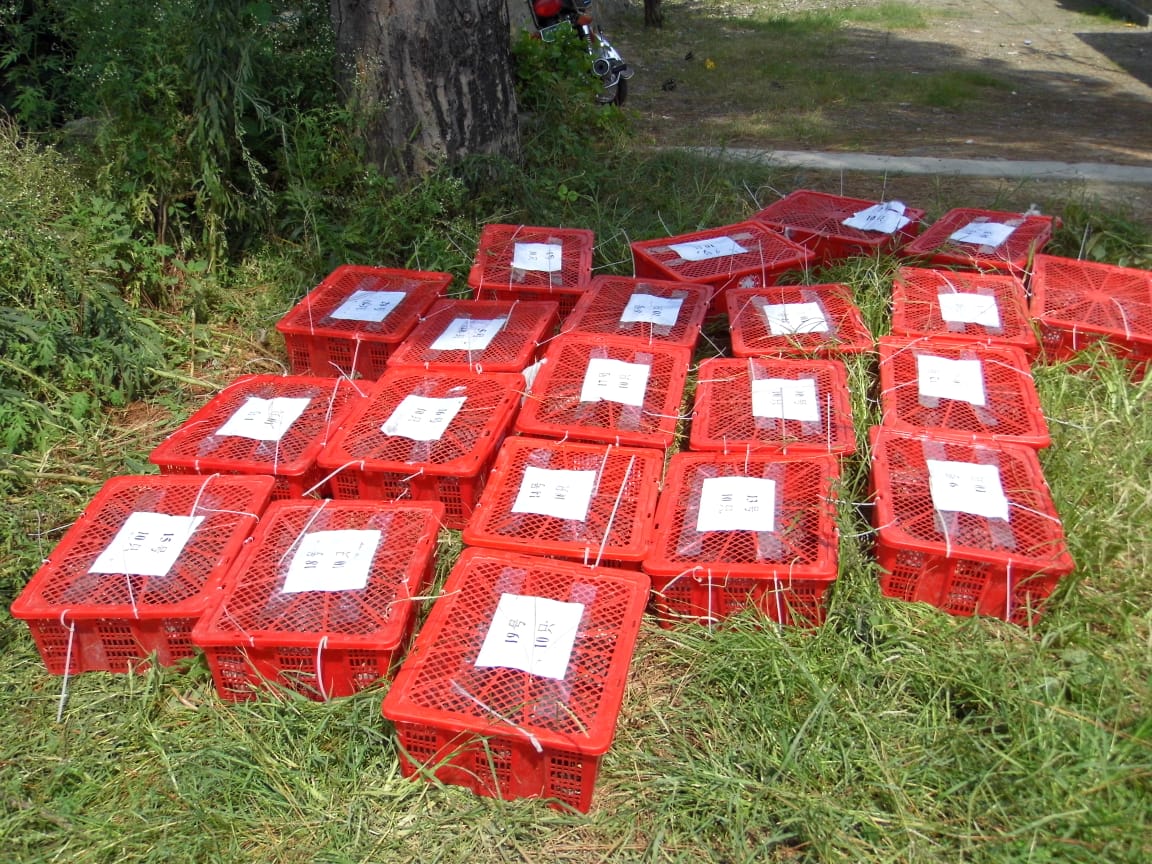 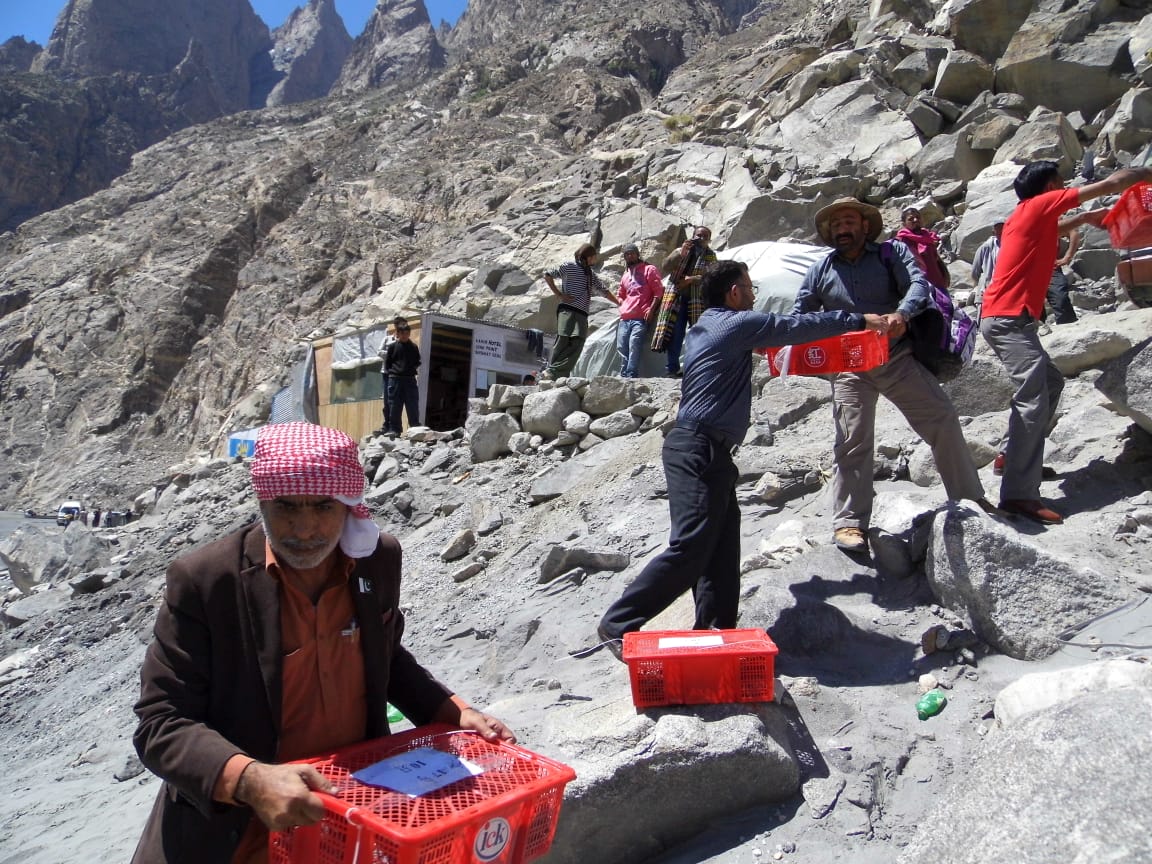 The Turtles Case: Public Interest Litigation in collaboration with WWF

On October 2nd, 2021, the Legal Aid Foundation for Victims of Rape and Sexual Assault in collaboration with Denning Law School held a symposium titled *‘Rape Investigation and Trial: Under the Mandatory Guidelines of the Honourable High Court of Sindh’*, in light of the landmark judgement of the Sindh High Court in the Kainat Soomro Case. The symposium helped create awareness and sensitize the participants, stakeholders, and general public at large about the importance of DNA evidence in rape investigations and the legal lacuna’s that need to be filled. The event is available on Youtube for further viewing on the following link
https://www.youtube.com/watch?v=qLeW5C57UK4.

On September 10th, 2021, the Rasheed Razvi Centre for Constitutional and Human Rights (RCCHR) in collaboration with Institute of Business Administration Karachi (IBA) hosted the launch of the book, *“Transnational Legal Activism in Global Value Chains”*. The book combines academic reflections about the Baldia Factory Fire, 2012 and is a result of the joint endeavors of the European Centre for Constitutional and Human Rights (ECCHR) and RCCHR. The event is available on Youtube for further viewing on the following link
https://www.youtube.com/watch?v=auOMVGeRuVs&t=1s/

Screening of “Into the Dust” - Life of (Late) Parveen Rehman

On August 30th, 2021, Rasheed Razvi Centre for Constitutional and Human Rights (RCCHR) in collaboration with Orangi Pilot Project (OPP) organized a screening of the movie-*“Into the Dust”*. The event was co-hosted by Institute of Business Administration Karachi (IBA). “Into the Dust” captures the life of (late) Parveen Rehman, former Director of OPP, who was murdered in the fight for basic amenities for the most marginalized segments of Karachi. The event is available on Youtube for further viewing on the following link
https://youtu.be/Zke82J_DE8c